I started writing something about what had been on my mind recently, trying to make connections between some of the things I’ve learnt and experienced over the past few months regarding climate change/breakdown/emergency, environmental destruction and all that fuckery.

I read what I had written, and it was pretty depressing; the general tone of it was ‘we don’t understand quite how fucked we are, and there’s pretty much nothing we can do about it unless we completely transform the entire political-economic structure that is gradually destroying all life in order to sustain itself’.

I imagined someone else reading it and thought ‘Jesus, nobody wants to read this´

Learning about this environmental stuff- what’s happening now, what caused it, what needs to be done- is depressing. But I think it’s important to know about this stuff. It’s sad and it’s scary and it’s difficult to wrap my head around, but these are facts of our current conditions of coexistence, and if their effects aren’t felt in daily life now, they soon will be.

So how can we talk about these issues without getting floored by the weight of fear and foreboding? Better yet, how can we talk about them productively without wallowing in that self aggrandizing game of armageddon top trumps. ‘Commercialization of public water supplies you say? What about pesticide pollution and antibiotic contamination from agricultural run off? Ha!’

People like to feel good and nobody wants their party pooped on by that person who wants to talk about the insecurity of the global food system. Eat some party rings and cheer up mate.

But when are we going to have a serious conversation about all this? Nobody is going to do it for us. One of the biggest environmental protests in history took place earlier this month, and instead of discussing what the protest was about, most media channels tried their best to delegitimize it by telling us about all the strange people who were dressing up, singing and doing interpretative dances.

What would they prefer, a good old fashioned riot? Maybe we should set a few non-recyclable rubbish bins on fire and loot the shops for all those environmentally conscious products that we can’t afford. Am I saving the planet yet?

Thousands of people around the world are desperately ringing the alarm bell, and what’s the response: ignore the message and criticize the method.

‘Yeah yeah yeah, I get that the carbon dioxide we’re releasing into the atmosphere is going to alter weather patterns to a point that the cultivation of grains is impossible and we might all starve to death, BUT…’

This environmental crisis we are in the midst of isn’t going to be resolved if we just stop using plastic bags and only buy organic rice.

Dozens of species are going extinct every day and my bamboo toothbrush isn’t going to prevent any of them from disappearing forever.

Yes, those things are good, but we are misled if we think that they are a sufficient solution to the issue at hand.

If this environmental crisis is going to be halted, then all national governments and international institutions must cooperate to enact a radical transformation of …pretty much everything. Maybe this is why the situation seems so dire, because the scale of necessary change is almost unimaginable.

I was in am H&M not long ago, just standing there and looking around. The quality and quantity of the clothes, the looping advertising screens, the sullen and underpaid staff. I picked up a shiny silver top and it felt like it disintegrated in my hands.

A realization formed: these shops are not really interested in clothing us. Their rails are jammed full of clothes, models on the screens swish around in clothes while minimum wage shop assistants dart around with arms full of clothes. But these places are not about clothes- they are about money. Profit is all that matters, the fact that cheap clothing is the means to that profit is a matter of circumstance.

When we look at our governments, despite many threads of good intention woven throughout, their predominant concern today is not the well-being of their citizens; it is to establish and maintain the ideal conditions for the accumulation of money between a tiny section of society. The fact that governments are in the business of governing citizens is a matter of circumstance, all that matters is profit.

So what kind of situation is that, when I can’t have much of an impact by myself, and the people in charge aren’t going to change anything if it threatens their power or profit?

Usually I try to think positively. It’s amazing how a small tweak of perception can rewrite the little narrative in my mind and transform how I feel about a situation.

But sometimes it seems as though there is no bright side to look upon, sometimes the object of our perception is a Rubik’s cube with every side a different shade of gloom. No matter how you twist it, it doesn’t look good.

I was intending for this to not be depressing, but here we are.

So what if there’s really nothing we can do about it?

What if we’re fooling ourselves that we’re going to somehow get our shit together, fix up this sinking ship and sail off into the sunset.

After all, every other civilization preceding this one has come to an end, why should we be any different?

For a long time environmental issues have been widely seen as kind of separate to human life, like they’re just another mildly concerning abstract thing going on over there, like war or starving children in Africa. ‘It’s bad, but it doesn’t really affect me or anyone I know’.

‘Let the lefties care about the planet, I’ve got more important business to attend to.. over here.. where I’m not at all affected by the processes that sustain life.’

For most people, the bad thing about climate change is that it means we might die. Perhaps this whole climate crisis is just a very slow realization of our own individual mortality. We are all going to die one day, and it’s the awareness of that fact that inspires us to live meaningful lives.

When we have an encounter with death in some way- the loss of a loved one, serious illness, or a near death experience- for some period of time all the bullshit melts away. That expensive last minute train ticket, the washing up, getting to work on time, none of that matters when we encounter death. For a little while we can see the only thing that truly means anything: love.

We only cringe now because we’re scared to accept it.

So when we realise that new eco-product doesn’t count for much, when we realise that our governments aren’t going to do much because our political-economic system is incompatible with sustainability, somewhere in that dark, deathly mire there is a ray of hope and meaning. When we cut away all that appears necessary and inevitable, what once seemed impossible can suddenly seem attainable. 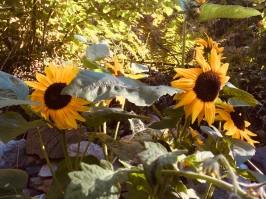 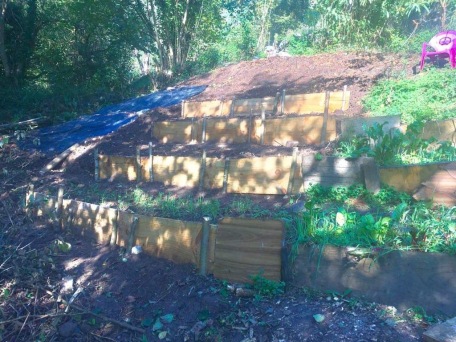 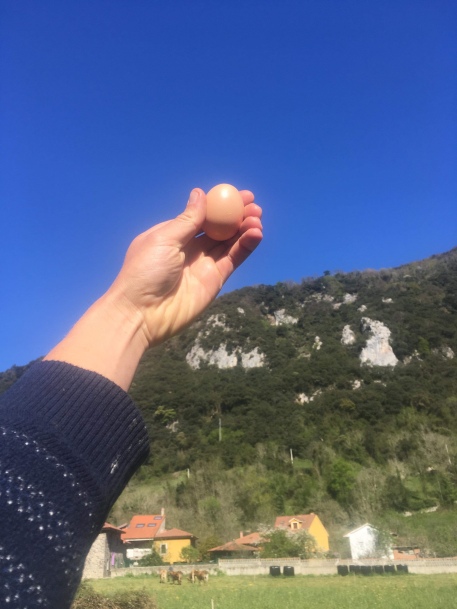 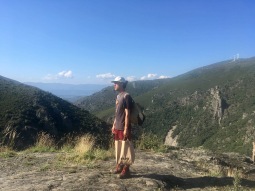 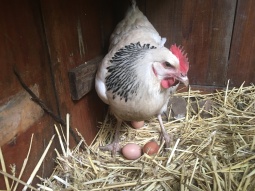 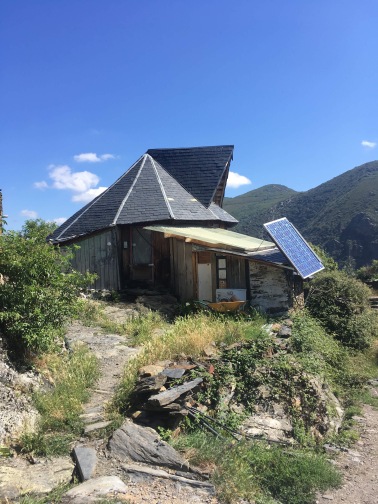 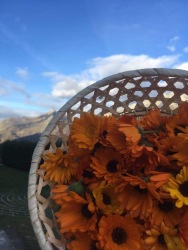 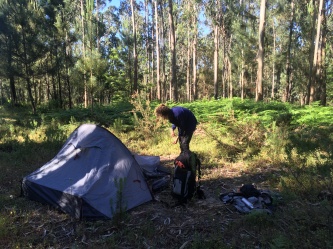 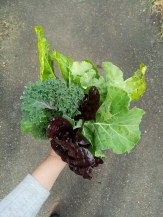 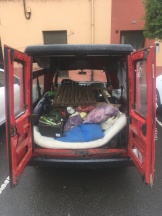 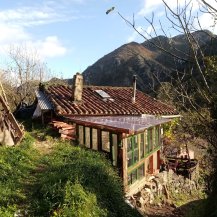 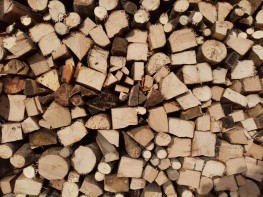 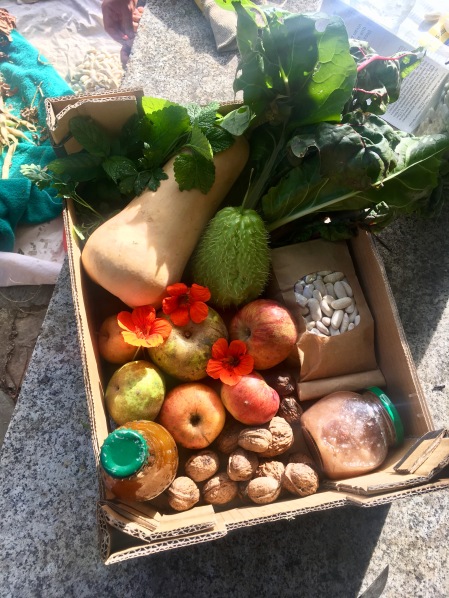 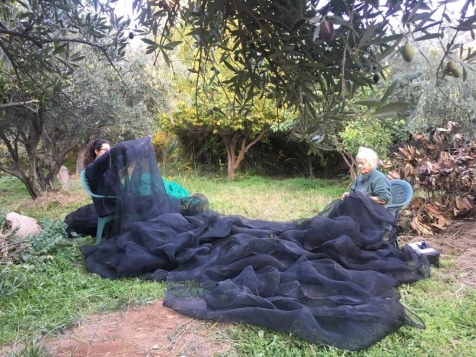 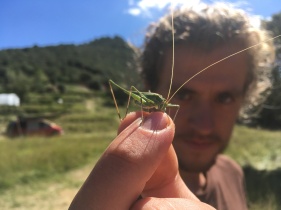 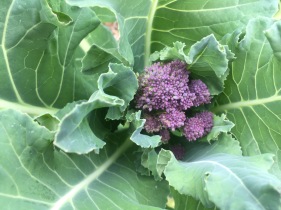 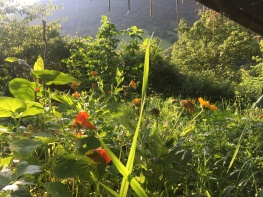