What a crazy time it has been!!

Just a month ago we were bathing in the sun, sipping wine and sharing plates of fruit as we laughed with friends at a gathering. Now we would be fined 600€ each for doing such a thing.

A lot has changed. We haven’t been able to work nor walk, like most other people. But we’re feeling quite optimistic about it after the initial hump of ‘what the fuck?’

The first week was exciting, the second week was fear-inducing, and the last two weeks we have settled into it and are making the most of time in the garden, and now, I’m not sure I want it to end.

Despite the chaos and the strict regulations, we’ve managed to get a large amount of potatoes and corn in the ground in La Veiga, which won’t need much looking after once everything has germinated. We’ve made some new terraces in the garden using tiles from the old woodstore roof. 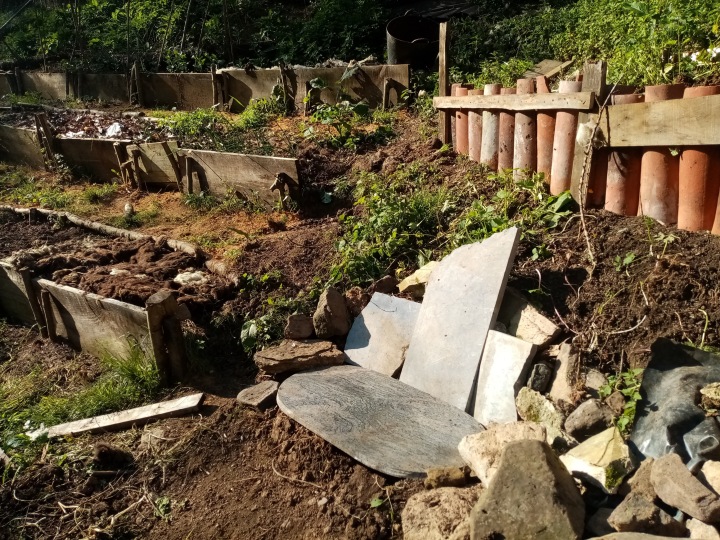 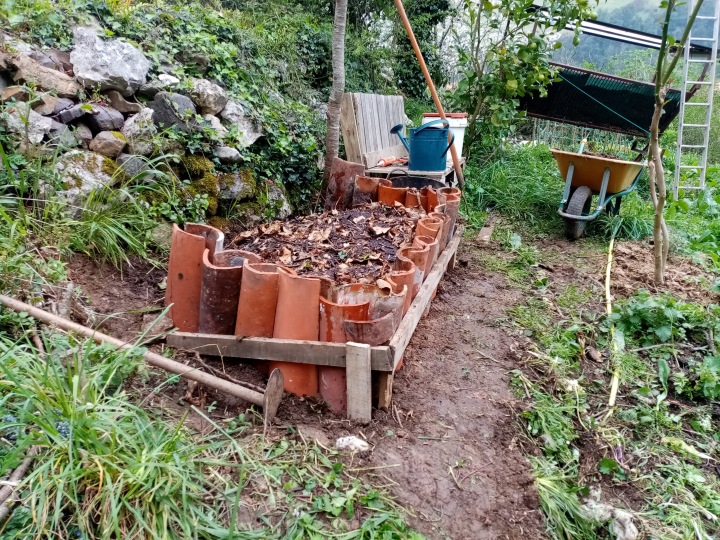 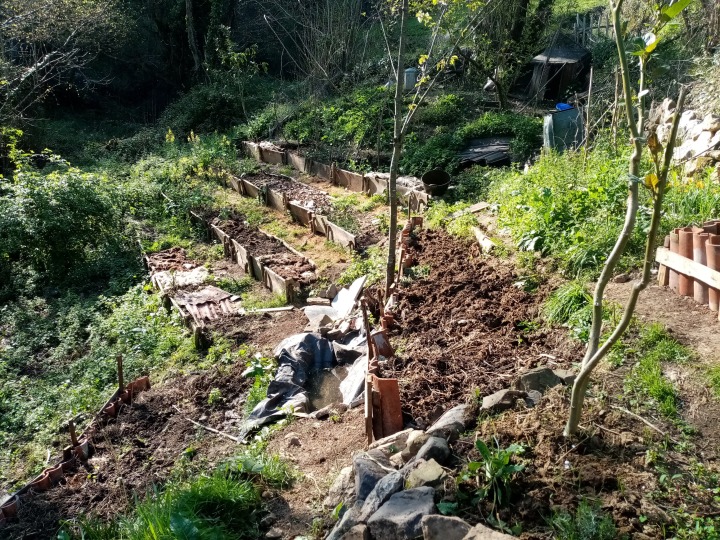 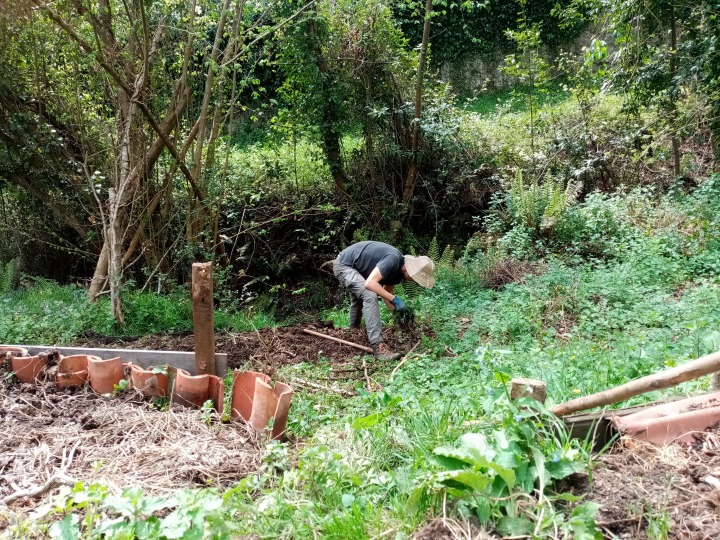 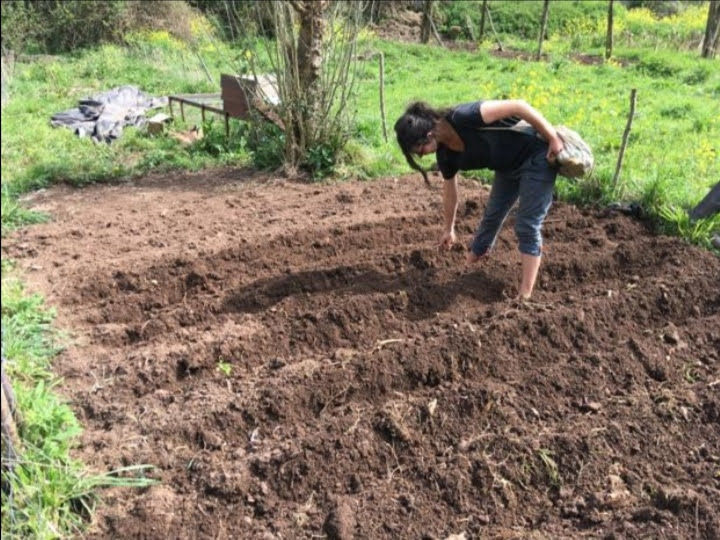 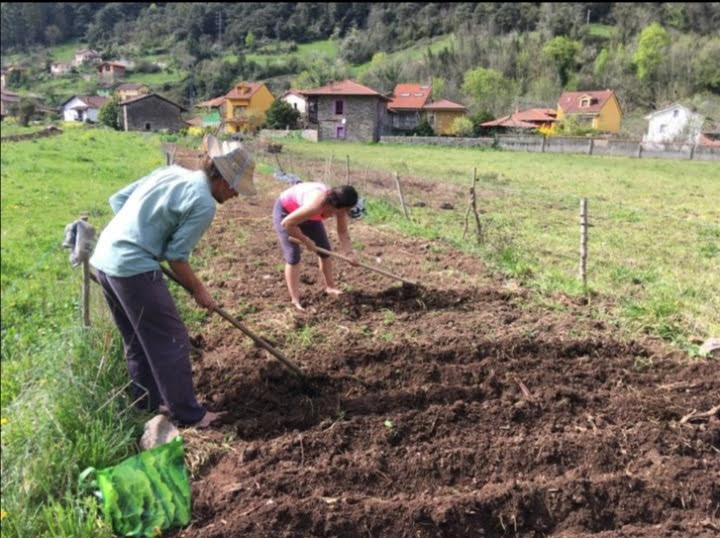 I’ve spent the last 21 days working on my distance course in social sciences and counselling, which I’d been doing for just over a year. It feels great to have finally finished it and it’s such a joy to have completed something academic without feeling totally depleted by the end of it. Now I’m starting to understand why people do further study!

We’ve both been getting on with our own little projects the last few weeks as well as tending to the seedlings and plants in the greenhouse and garden.

I had started writing an article for this blog about changing the 12 principles of permaculture to fit any lifestyle – a more personal-social approach, but ended up sending it in to the Permaculture Research Institute. They published it here. 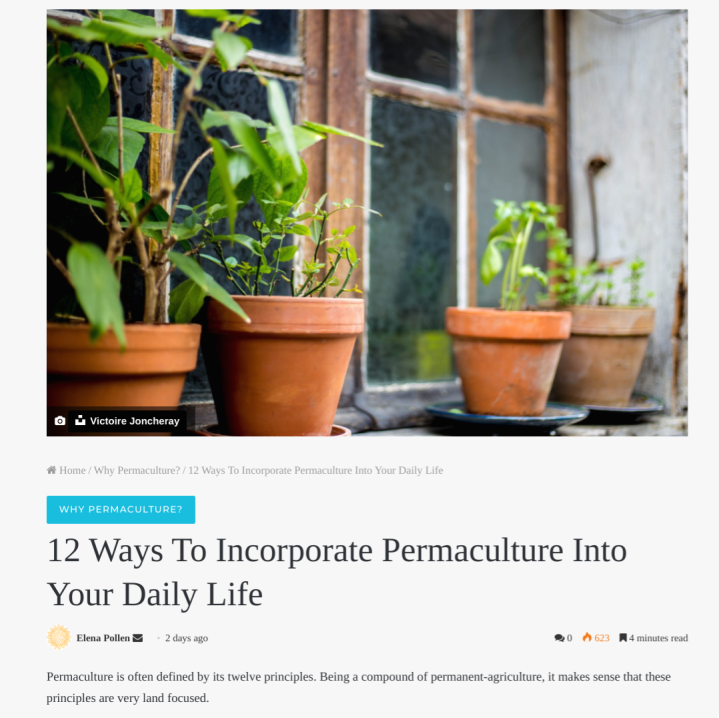 Nik has been working on a project called NO PHONE WEEK, in which, you guessed it, you try not to use your phone for a whole week. 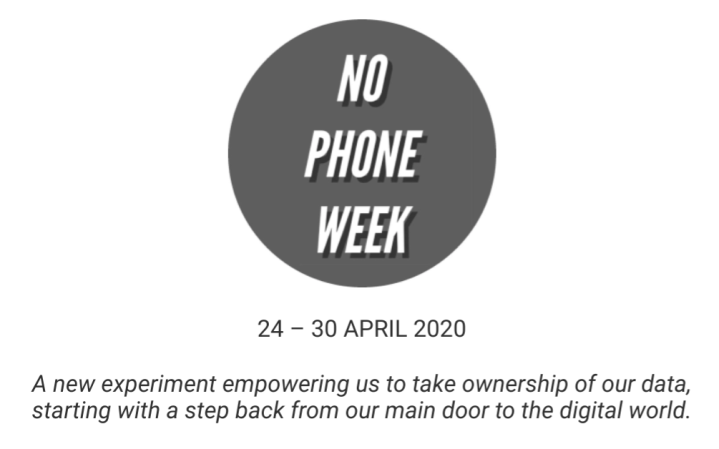 At first I wasn’t 100% on board – given the circumstances I wanted to be able to be in touch with my Mum and Grandad. Then I realised that those were excuses, and gave my Mum the telephone number of a neighbour in case of emergencies.

Humans have survived for a lot longer without mobile phones than time spent with them. So many of us are addicted to the handheld device so much that the idea of going without it for a week is ‘akin to a voluntary amputation’ (Nik, 2020).

It helps us to waste time doing irrelevant stuff that most of the time leaves us feeling drained and incomplete, rather than doing things that nurture our soul like reading, writing, painting, gardening and cooking.

We are both going to go cold turkey on it: swap phones, hide them from each other, and focus on the present.

But if this isn’t possible – for work reasons, family, whatever, then maybe it’s a good opportunity to assess the relationship you have to your phone. Whether it serves you or you serve it.

As well as the addiction it creates and feeds, the data collection taking place that informs advertisers what to show you and political bodies how to influence you, is something big and scary and that needs more attention. The idea of ‘no phone week’ is to regain that control over the device rather than the other way around. There are also smart ways to use your phone whilst using it by using search engines such as duckduckgo.

But first, let’s see what it’s like to go a week without the devices.

The old humans did it, and they still managed. They were probably even more fulfilled than we are.

I’m hoping I will come out of it with better habits of walking in the morning, reading at night, gardening more attentively, and maybe even tidying more…

But perhaps let’s not be too optimistic.

2 thoughts on “Not going to use the C word”